Creative Gardening: The Most Peculiar Plantings in London

Those of us who live in big cities often lack private green space. According to one estimate, only about half of London’s homes enjoy a back garden. The Conservation Foundation’s Gardening Against the Odds project reminds us that this need not be a barrier to green-fingered creativity.

On my wanderings across London, I’ve encountered many examples of ‘gardening against the odds’, from householders, small businesses and even corporations. Here I share some of my favourites — a personal selection, randomly stumbled upon. I hope they inspire ideas, wherever you live. 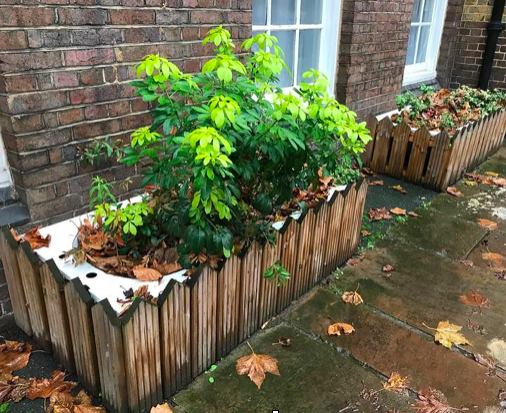 The Bathtubs of Shoreditch

I encountered these bathtub planters on the Boundary Estate in east London. Local arts organisation PEER has installed several more across the area, including a mint garden in an old toilet bowl (one wonders about the fertiliser).

The Boundary Estate itself is something of a totem for gardening against the odds. The estate is built around an artificial hillock of Arnold Circus, formed from the rubble of a notorious Victorian slum. Today, it’s a green oasis, ringed with mature plane trees. 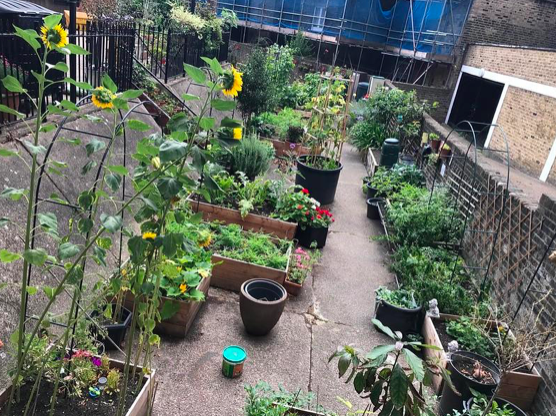 Even more unlikely than a slum-to-garden transformation, this community space on Cureton Street is built on old prison infrastructure. The Millbank Penitentiary stood here from 1821 to 1903, when it was demolished to make way for the Tate Britain art gallery. Its perimeter walls and trenches still survive to some extent, and have found new use as a green space for nearby housing. 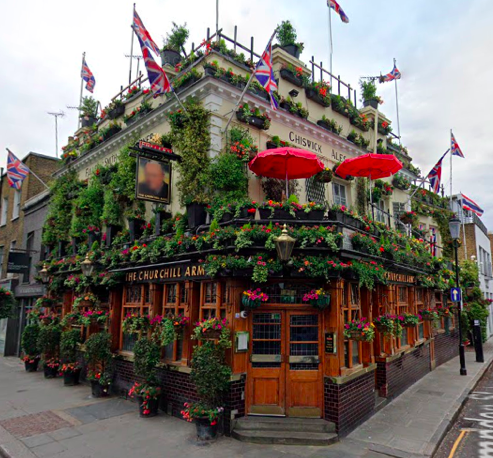 The Churchill Arms near Notting Hill is one of west London’s most famous pubs thanks to its exuberant floral displays. The 100 tubs, 42 baskets and over 48 window boxes make ‘gardening against the odds’ something of an extreme sport. 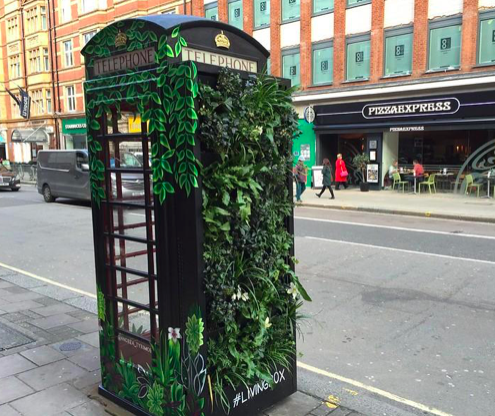 Old phone boxes have been turned to dizzying array of new uses, from miniature libraries to private work booths. On Southampton Place in Holborn, artist Andrea Tyrimos converted an old kiosk into a ‘living box’. 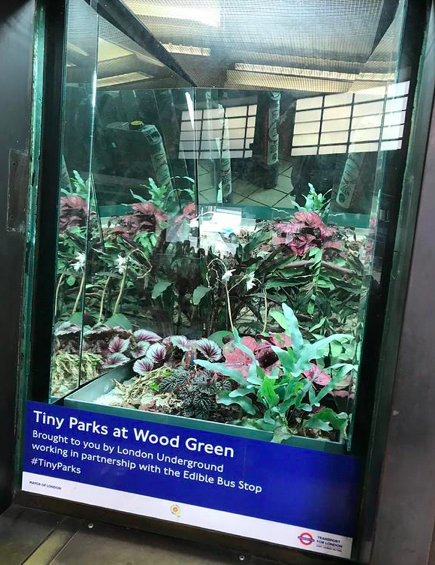 A few years back, London Underground decided to close most of its ticket offices in favour of machines. Suddenly, every tube station had a spare room. These have found new uses, including as ‘Tiny Parks’. I spotted this one at the aptly named Wood Green station. The verdant windows were planted by design studio The Edible Bus Stop, a staunch proponent of gardening against the odds.

I appreciate that you probably don’t have a ticket office window at home, but this intervention shows how even the most unpromising of spaces can be brought to life. 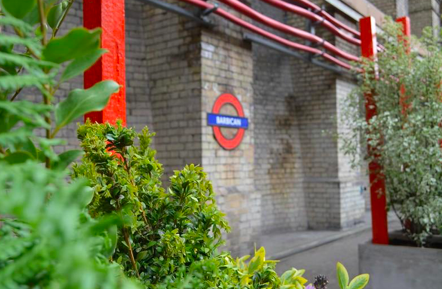 While I’m on the subject of tube stations London Underground has a long tradition of beautifying its stations with plants. Many of the platforms on the fringes of the network have attractive, even prize-winning flowerbeds, but the inner city stops sometimes dabble, too. My favourites include the landscaping of a disused platform at Barbican … 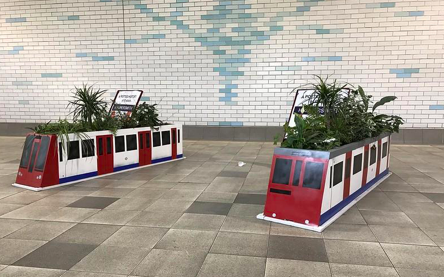 …and these remarkable planters at Hammersmith. 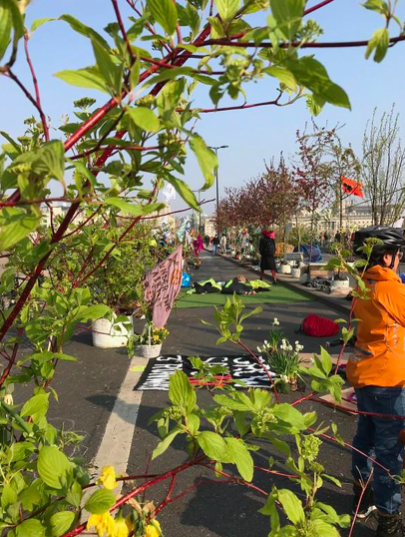 Whatever else they achieved, last year’s Extinction Rebellion protests certainly showed the power of plants to transform a space. The usually traffic-laden Waterloo Bridge became a de facto garden bridge, as hundreds of saplings and flower pots were placed across the carriageway. The effect may have been short-lived, but nobody who crossed the bridge at the time will ever look at this mass of concrete in the same way again. 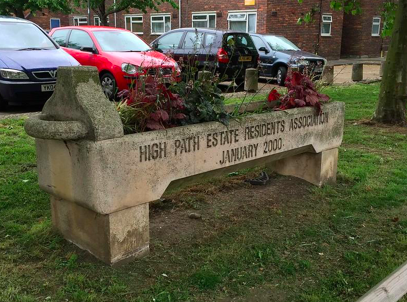 The London area still contains dozens of Victorian water troughs, relics of a time when all vehicles were horse drawn, and livestock were still led to market. Their original purpose gone, many have been converted into somewhat over-engineered plant pots, such as this example from South Wimbledon. 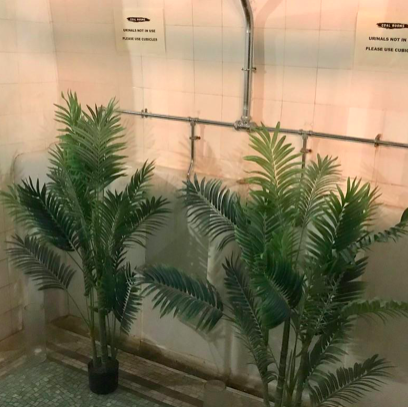 And finally, just to prove that almost any space can be reimagined as a haven for plants, I’ve included the gents lavatory at the Coal Rooms cafe in Peckham Rye station. I knew I’d find a use for this photo one day.

All images by the author, except for the Churchill Arms, which is from Google Street View.

Matt Brown is editor-at-large of Londonist.com.