David Shreeve writes: “Sir John Chapple, who died on 25 March 2022, was a long-time member of The Conservation Foundation’s Board and Council.  Although he was head of the Army, he would still find the time to attend our meetings and when the Foundation moved to offices within the Royal Geographical Society, he would often combine his visits on a Monday evening when he attended the RGS lectures, to travel up to the 2nd floor to call in to see how we were doing and hear the latest news.  Despite having access of all the latest technical equipment Sir John remained unconvinced of the need for him to send or receive emails and claimed he still carried a quill pen to make notes.  He served on a number of committees and appeared to carry around most of the reports and meeting agendas on an extended jacket pocket.” 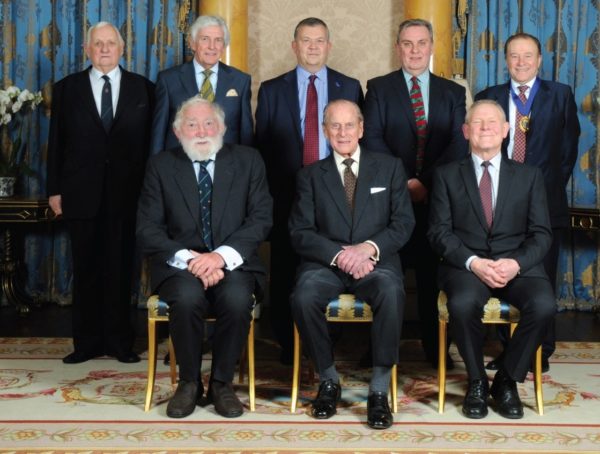 Sir John, back row left, at the David Bellamy Lecture hosted at Buckingham Palace in 2013 by HRH The Duke of Edinburgh.