How Not To Get Animals Mixed Up

By Matt Brown, taken from his recent book Everything You Know About Animals is Wrong.
https://www.pavilionbooks.com/book/everything-you-know-about-animals-is-wrong/

(To be read as fast as possible.)

Abounding in forms is the realm animalia,
A slip of the tongue can quickly derail’ya.
So I’d like to set out (it’s all fun and games),
The bevy of beasts that bear similar names.

A porpoise and tortoise are one such close pairing.
They’re never confused, for they get lots of airing.
But what of the creatures who aren’t so well noted?
Like potto and pooto, less commonly quoted.

The skink and the skunk are just one vowel apart,
But one gives a hiss and the other a fart.
A zubra’s a bison, a zebra’s a horse,
The zebu’s a species of cattle, of course.

African antelopes: puku and kudu.
World’s smallest deer? Why that is the pudu.
The turbot, the burbot, the barbet and barbel,
Three types of fish and a hound, all a-garble.

The bird is a merlin, or maybe a martin,
The fish is a marlin, the mammal a marten.
Pigeon or wigeon, don’t get yourself flustered.
Or you’ll fall a-fowl when pronouncing great bustard.

The dingo and bongo you knew all alongo,
A dog and a deer from the Aus and the Congo.
The drongo’s a bird with a sweet, lilting song-o,
It lives in the trees like a lowland olingo.

But have you encountered the stripy zorilla?
The kea and rhea both flee when the see yer,
Muddle them up for a flea in your ear.

Alpacas and pacas and plain chachalacas,
Are camelids, rodents and birds: quite a fracas.
Nor to be muddled are pika and pike,
To scuttle or swim, they’re not much alike.

Ragfish and hagfish; hogfish and dogfish,
Ratfish and batfish and flatheaded catfish.
This motley shoal rings quite abstruse.
Where Darwin swims with Dr Seuss.

So if shrews and smews, moa and boa,
And the whole damn list of metazoa.
Confuse, bemuse and often throw yer,
Just be glad that God chose Noah. 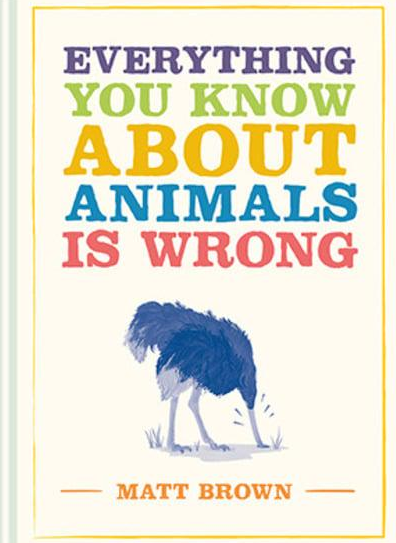