Concern for the world’s seas and oceans has never been greater. Until now it was often taken for granted – continuously feeding us, sometimes a distant battleground, dividing countries and covering a vast percentage of the planet. Now our maritime future is under threat often because of mis-use and abuse. Whilst it can seem that the world does not care – we know that many individuals do care and are actively involved in the study and preservation of marine life. 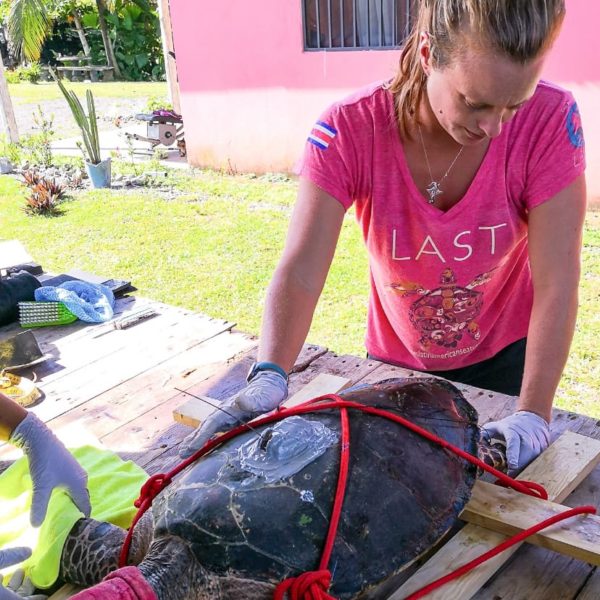 Magali Marion was just one of the beneficiaries of the grant and is a Field Coordinator for the Osa In Water Project being organised by the Latin American Sea Turtles – LAST – at Golfo Dulce on the South Pacific Coast of Costa Rica. 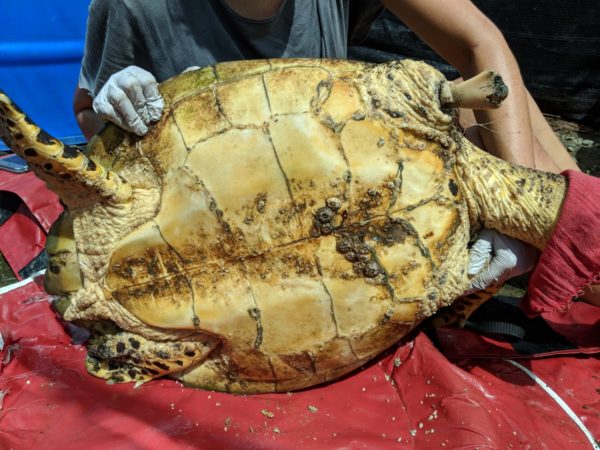 The volunteer-based project is studying Hawksbill and Pacific Green turtles as well as conducting reforestation of mangroves ecosystem and monitoring of seagrass beds. Also included in the project is a basic rescue centre treating emergencies and providing first aid for sea turtles, involving amputations, caused by fishing lines,  as well as hook removal and boat strikes. 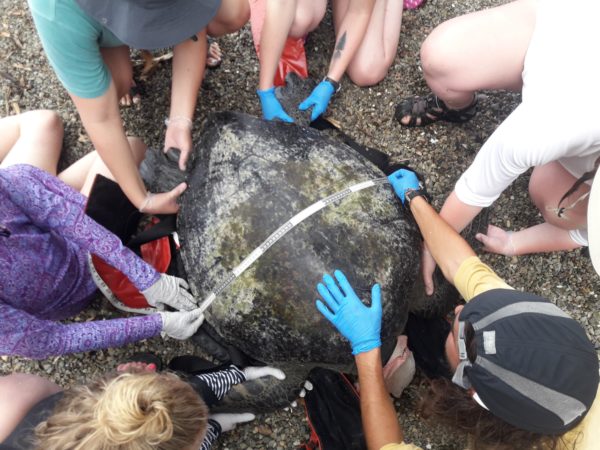 The ultimate goal of this research is a better understanding of our population structure including gender and age, habitat use, connectivity between habitats along with interaction with human activities mostly fishing and contamination, either chemical or solid waste. Once a better understanding of the populations is established the information is brought to decision makers and training is provided for improved law enforcement together with environmental education for local communities. 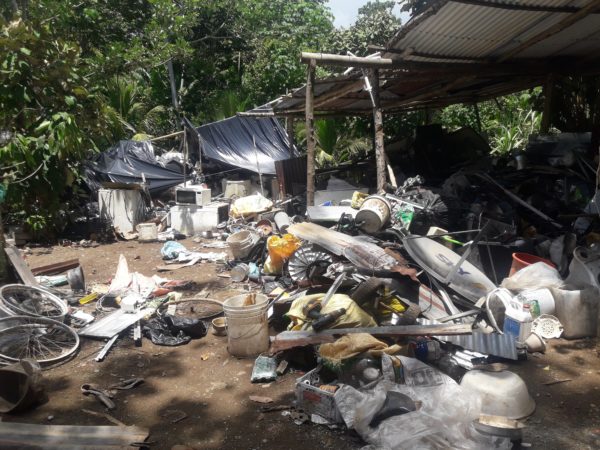 LAST has 2 other projects, focusing on nesting habitats, on the Caribbean Coast of Costa Rica.

As the field leader of a community based program managed by LAST,  Magali is also supporting the Blue Flag initiative in the community of Playa Blanca through weekly beach clean-up and environmental education for local young people.

The grants received by Magali and the other beneficiaries go along way to helping them attend the annual Turtle Symposium which is an important event for sharing research and networking. In order to do this we rely heavily on the generosity of our friends and followers charitable donations.

Beneficiaries of the grants were keen to explain how invaluable they are:

“Our society based in Uruguay is international, reaching all corners of the planet, fomenting the participation of turtle professionals and students in our activities. Today’s great economic inequality means that for many colleagues from economically undeveloped countries it is practically impossible to attend international events. To be able to meet and talk with my heroes, access project finance, present ideas and conservation problems that other colleagues may not have detected yet. Developing bi-national programs such as monitoring of satellite transmitters, inspire and motivate me to continue growing.”

“Travel grants are a huge help for students, especially when paying for flights from Australia. My PhD project is investigating how moisture during incubation influences different traits in hatchlings. I learned about a new technique for determining the sex of hatchlings and has inspired a lot of ideas for future projects.”

“A key thing for me when attending this conference is building a network of colleagues (and friends) that I regularly chat to and discuss new ideas/techniques with. I am hoping to travel to Hawaii in the middle of this year to utilise some data collected and I would never have had that opportunity if I wasn’t at the symposium.”

“As member of an NGO in Venezuela, my participation allowed me to contact researchers and potential future co-workers from universities, NGOs, and other environmental entities. I co-chaired the Socio-Economic and Culture studies session, received academic formation during a couple of workshops (Global Male Sea Turtle Initiative and Physiology of nesting turtles), I will remember this meeting as one of the most intense and academic prosperous academic meetings that I have participated. Getting together with key-people is vital to me as a leader of conservation initiatives in Latin America.”